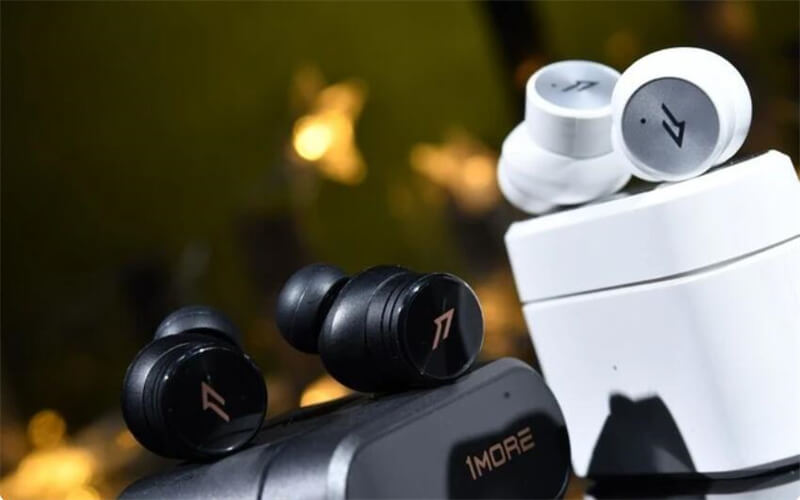 You might think that producing wireless earbuds small enough for persons with small ears would lead to compromises, but this isn’t always the case. The $70 1More PistonBuds Pro seem and feel little, but they sound different enough that your ears will enjoy the absence of sacrifice. Is it true that good things come in little packages, or did 1More have to sacrifice other attributes in order to save space? Let’s have a look at them.

What is contained in the box?

In the box, there aren’t many surprises to be found. A short USB-C cord and user instructions are included, as well as four sizes of eartips, including an extra-small alternative. The handbook is lengthy due to the fact that it is written in numerous languages and includes all of the controls and options accessible. 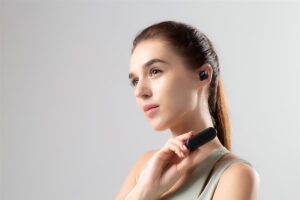 1More is no stranger to smaller earbuds, having previously experimented with them on several lines. Its ComfoBuds line is an excellent example, and while the naming scheme makes it obvious what the objective is, the PistonBuds Pro are extremely similar.

Because of the smaller frame and tighter design, the eartips and audio drivers don’t protrude as much as they do on other pairs. This reduces the gap between the earbud’s outer section and the inner ear (concha), allowing the entire bud to sit comfortably and not become as loose as others. To be fair, the design isn’t very groundbreaking, but it is a clever way of shrinking things down enough to appeal to individuals with smaller ears.

Personally, I don’t have many difficulties with fit and comfort, but I do notice subtle differences. Without a doubt, these were a tight fit. Because of their reduced weight, they felt more natural to wear for extended periods of time, such as when on standby for incoming calls or while listening to a longer podcast. It’s possible that you’ll be able to sleep easily in them.

The case has the same nimble feel as the earbuds.

The PistonBuds Pro, despite their size, support active noise cancellation (ANC), passthrough mode, and touch controls on the exterior surfaces. When either bud is withdrawn from the ear, they automatically pause and resume play when the bud is replaced. The controls are rather basic. To utilise your voice assistant, double-tap to play/pause or triple-tap to access it. You can also accept or end a phone call by double tap. These apply to both sides, yet the 1More Music app allows you to customise them. You can, for example, assign a double tap to skip a track or adjust the level. The same goes for a triple tap, where one side might be assigned to perform something other than assign the voice assistant. Toggle between active noise cancellation (ANC) and passthrough by tapping and holding. A wind reduction mode is mentioned in the instructions, but I never noticed it in the app, so it could be included in a future firmware update.

The controls aren’t horrible, and that’s largely due to the flat surface area you tap. Because the controls are very basic, it’s easy to tell if you’ve tapped the correct spot. They weren’t the best I’d seen, but they were dependable.

The case has the same nimble feel as the earbuds. It’s one of the most feathery I’ve come across, and it’s quite easy to pocket. Everything else is quite straightforward. Simply insert the earbuds into their respective sides, and the magnets will secure them. They’re available in black and white.

Getting more out of the app

The 1More Music app has a good mix of features and enhancements that are beneficial. The ANC/Pass-through and equaliser are the most obvious, but there are more. One is a low-latency mode that can be used to work audio and video sync when playing video games or viewing movies. Smart burn-in allows you to dial in the sound of your earbuds to perfection. Purists may appreciate the method, but it takes a long time. The initial phase took 12 hours, and the entire project took between 40 and 50 hours. You don’t have to do that; simply listening to music for that amount of time could lead the same result, which is what I did instead.

The company will deliver firmware updates as well as experimental features to the app, which you will be able to try out in the future. If you prefer the thought of meditating or sleeping to summer rain, thunderstorms, waterfalls, beach waves, fire, and more than 20 other sounds, a relaxing sounds area offers a collection of white and ambient noise settings that you can listen to.

There are a couple factors at work here that contribute to the PistonBuds Pro being better than it appears. The first is the fit, which allows for a tighter seal and prevents the bass from leaking out. The 10mm Bignardi-tuned drivers are the second feature, followed by the app’s 12 EQ settings developed by Sonarworks. When you add ANC to the mix, you’ve got a recipe for great sound. 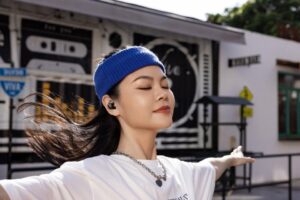 What sticks out is the ability to experiment with different EQ presets to see what results you may obtain. Although the default sound isn’t horrible, I found myself fiddling with the EQ presets to see if I could amp things up a little more. Without the opportunity to customise my own presets, I was limited to the dozen options given. I listen to an wide range of genres, so having an EQ that allowed me to change the highs, mids, and lows separately would have been ideal because certain presets bias one or two of those elements more than I’d prefer. Your ears may disagree, but I like a darker timbre to jazz recordings, and the preset here felt a little too warm to me. Mids and highs were fine, but the lows were very low.

The PistonBuds Pro can handle almost any audio content you can throw at them.

As a result, I can’t determine if these earbuds are better for one genre or the other. If you want to feel a genuine rumble in your ears, the bass may not be up to standard, but aside from that, the PistonBuds Pro can handle just about any audio content you throw at them. I liked how they handled the variations, whether it was R&B, jazz, rock, or podcasts. It was also easy to appreciate the tight seal.

I was disappointed that they only support AAC and SBC codecs, as aptX would have been great for Android users, but this is one of the compromises 1More made. Whatever you’re listening to, ANC must be turned on to achieve the finest overall sound characteristics. It’s fine when turned off, but I felt a difference in the resonance every time I turned it on. In terms of noise cancellation, the ANC is about where I’d expect a pair of sub-$100 earbuds to be. Even if it wasn’t particularly impressive, Passthrough functioned effectively.

Phone conversations are fine, but noisier environments are more difficult to drown out in order to keep a conversation clear. In most circumstances, you’ll be fine, however I typically prefer quieter settings for accepting calls. The low-latency setting works good for games and movies, but I found that shows and movies were fine without it. Still, having it as a backup plan is a good case. 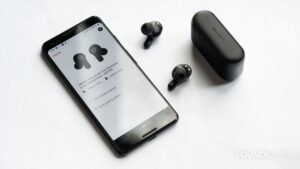 The earbuds have an IPX5 rating, so while they may be used for workouts or runs, they don’t appear to be particularly tough. It’s essential to wipe them clean if you do break a sweat in them to avoid any water or salt seeping through.

Life of the battery

The battery life of any pair of ANC earbuds falls into two categories. If you leave ANC on, you may expect a charge to last up to six hours. It’ll be 7.5 hours if you don’t turn it off. These values apply when the volume level is set to the default of 50%, therefore raising it up lowers each figure even further. 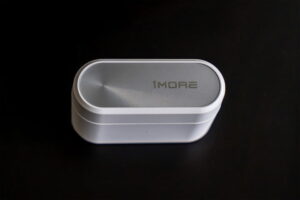 The case has three more charges, which is great for a device of this size. You won’t be able to charge them wirelessly, but USB-C charging fills them up quickly. It also supports rapid charging, allowing you to receive an extra hour of playback with just a five-minute charge.

Our point of view

With a feature set and support that bring value to a more affordable pair of buds compared to so many others on the market, the 1More PistonBuds Pro deliver a big punch for smaller earbuds. If you have smaller ears, their size may be ideal, and you don’t lose much in terms of performance for the price you pay to wear them.

Is there a more suitable option?

Smaller earbuds are becoming more common, and 1More has some experience with them, notably the ComfoBuds Mini. They’re even smaller than the PistonBuds Pro, and they’re constructed and tuned in much the same way, so they sound great. However, you will have to pay an little more for them. 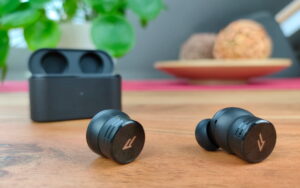 If you want stems like the AirPods, the Anker Soundcore Life P3 are also worth considering. They also have ANC, two additional microphones, excellent app support, and wireless charging. They’re also incredibly affordable at $80, especially considering what you get. If you’re on a tighter budget, the Back Bay Tempo 30 is a great option. It’s approximately $50, has great sound, and is much more ruggedized. There’s no ANC or passthrough, and no app support, thus the size, sound, and longevity are the most important factors.

How long do you think they’ll last?

If you look after your PistonBuds Pro, they should last a long time. Despite their fine price, they are well-made and should suffice, especially if you only intend to use them for fun. A one-year guarantee is included to cover any functional difficulties, but not physical or water damage. Extended warranties are available through the company’s website through a third-party source.

Should you invest in them?

Yes, especially if you’ve had trouble with fit and comfort with other earbuds because they were too big. The PistonBuds Pro don’t scrimp on crucial features, and wearing them will almost certainly make your ears feel better.

Here is the mobile best tablets for 2022 should you buy?