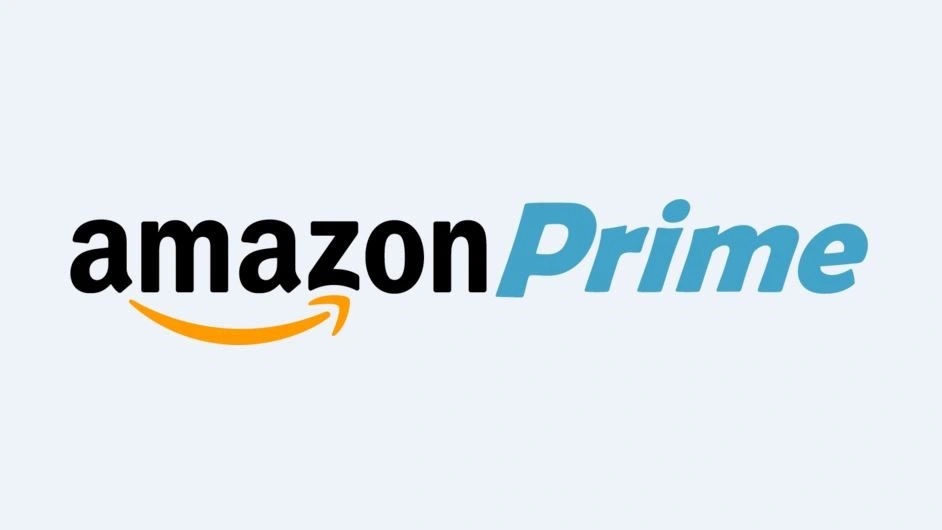 When you consider that Amazon Prime originally existed as a free add-on to a next-day delivery service, it’s not bad that it now ranks among the finest streaming services in the UK with a film and TV library that rivals Netflix.

Choosing what to watch next might be difficult because there is so much to pick from. Fortunately, we’ve compiled our top picks for TV shows to save you the trouble of going through the entire collection. There should be something suitable for you here, whatever your interests.

It is simple to understand why it is a fantastic service to invest in with a 30-day free trial and reasonable cost. Please read our post on the cost and advantages of Amazon Prime if you are interest in learning more about what Amazon Prime offers, how much it costs, and other details. 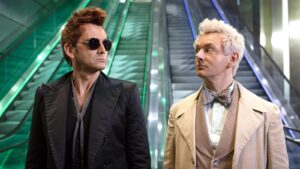 Until you see Good Omens, you won’t realise how badly you wanted to witness an angel and a demon develop a special bromance that has never before occurred in human history. When playing Aziraphale and Crowley, respectively, Michael Sheen and David Tennant fully embody their characters’ unique personalities and the bizarre world that Terry Pratchett and Neil Gaiman created.

This series features more hairstyles than you can shake a stick at, an undercover hellhound dog, and the impending Armageddon. We don’t know what will pique your curiosity if that doesn’t.

The very best? On the basis of a story summary that Gaiman and Pratchett developed years ago for a second novel that never materialised, there will soon be a second season, which will be directed by Gaiman himself. 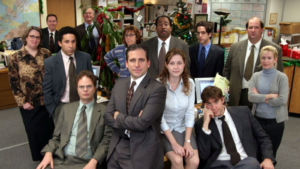 The Office will appeal to anyone who has had a desk job at some point in their lives. In this mockumentary, Steve Carrell plays Michael Scott, a regional manager for a paper distribution company who lacks many of the fundamental abilities needed to guide other employees as they recount their daily lives.

Although the primary ensemble cast does vary over the course of the nine-season run, the ludicrous events and deadpan humour remain constant. It definitely takes a different path from the British version, but we’ll let you determine whether kind of humour is more enjoyable. 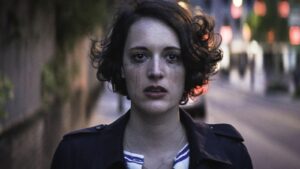 There may not be a show that breaches the fourth wall more frequently than Fleabag. As Fleabag, a middle-class woman who struggles with her profession, friends, family, love life, and really everything, Phoebe Waller-Bridge both writes and performs the role.

It reminds me an little bit of a lot darker and bleaker version of Miranda on Amazon Prime, with plenty of self-deprecating humour to get you through the horrible things that happen to the characters in the show. 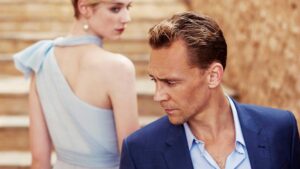 This excellent miniseries, starring Tom Hiddleston, is based on a John Le Carré book of the same name.

The Night Manager may only have six episodes, but despite this, the show’s production quality will make you forget that it ever originated on the Beeb. 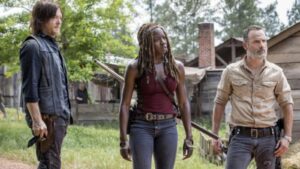 When you think of The Walking Dead, the first lot that probably comes to mind is “ZOMBIES!! “, but this series is far more complex than that. This series emphasises character drama and the growth of relationships; it just so happens that it takes place in the midst of a zombie apocalypse.

In this cult show, there are bits of drama, action, and horror. But we caution you against becoming overly devoted to the characters. This isn’t a show that will necessarily end well. 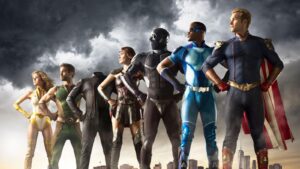 Superheroes are currently quite popular, but you’ve never seen them like in The Boys. These are superheroes for the celebrity age—self-centered, vicious egotists who serve as the story’s antagonists, and the titular Boys are a motley crew of everyday people on the attack.

The show skillfully blends action and satire while drawing inspiration from the comic novels by Garth Ennis and Darick Robertson. In fact, the show is significantly superior than its inspiration. Just be aware that it is dark and enter cautiously.

Keep an eye on The Boys for the most recent updates as the show waits for its upcoming fourth season. For even more evil, see the animated shorts Diabolical. 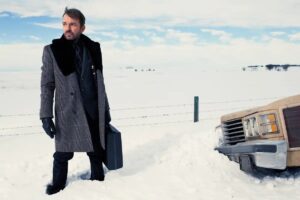 Until showrunner Noah Hawley came along and disproved us, we thought that turning one of the Coen Brothers’ best movies into a TV adaptation would be a foolish idea (so much so that he was given the job of running the upcoming Alien series).

Using an anthology format, the series follows a different disastrous-yet-tragic crime caper every season. The episodes are connected by a large geographic area (primarily the Dakotas and Minnesota) and a few tenuous narrative threads, but they are separated by Amazon Prime new casts and even time periods every time. The show has seen the likes of Martin Freeman, Ewan McGregor, and Patrick Wilson take on significant parts, and despite having four seasons, it constantly manages to surprise and astound in unexpected ways.

Tales From the Loop 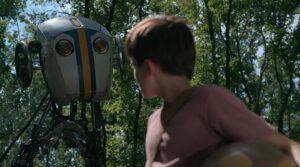 Tales from the Loop is an anthology series that examines a community where a secret research institution rules and was inspired by the Swedish artist Simon Stlenhag.

The show is fundamentally depressing and uses its science fiction concepts sparingly to explore its characters’ inner lives rather than setting up action set pieces or a lighthearted adventure in the vein of Stranger Things. It is set in a timeless version of a small town in America with more than a little Scandi inspiration.

The pedigree is difficult to ignore with a cast that includes Rebecca Hall and Jonathan Pryce, work by Philip Glass, and even Jodie Foster as one of Amazon Prime’s directors. Just set in mind to expect “moody Scandi drama” rather than “a riotous sci-fi frolic.” 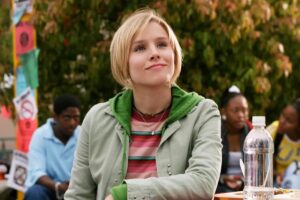 In fact, the cast is full of people who would go on to become well-known figures. This early noughties adolescent noir was a cult success that helped launch Kristen Bell’s career.

Bell is the named Veronica, a teen-aged private investigator in her own right and the police officer’s daughter. High school drama is combined with murder mysteries with greater stakes, with a clever blend of season-long cases and episodic crimes. 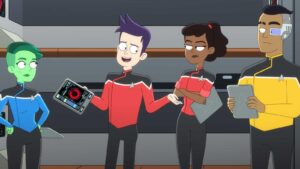 Lower Decks bravely ventures where no other Star Trek show has gone before: into the world of silly animated comedies like Rick and Morty.

As the name implies, this new series diverts from the bridge crew to follow on a few red shirts. There is still a lot of heart and obvious passion for vintage Trek in this film, even though it is incredibly silly and unexpectedly Amazon Prime gory. 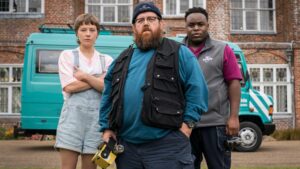 This bizarre British comedy stars Nick Frost as an internet installation worker who doubles as a ghost hunter and YouTuber. Simon Pegg also appears in recurrent roles, while Samson Kayo does an outstanding job as Elton John. not that Elton John though.

It occasionally becomes a bit creepy, but not enough to turn away those who are afraid of horror films. However, for the most part, it just manages to be surprisingly amusing, in part because of a steadfast determination to stick with even its most ridiculous jokes until the end.

The Man in the High Castle 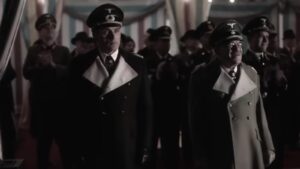 The Man in the High-Castle, which is based on the well-known Phillip K. Dick novel, has gone deeper into alternative history than any other show. If Nazi Germany and Imperial Japan had won World War 2, the United States would have been kept in the grip of the axis nations with an iron fist.

The series first focuses on history and politics, but as it goes on, it starts to veer more and more into science fiction (which is understandable given the author’s background).

The Lord of the Rings. The Rings of Power 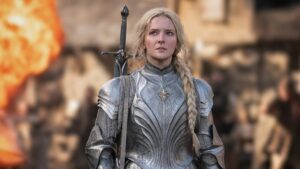 This Lord of the Rings prequel, which is Amazon’s largest production to date, is set in the same universe as Peter Jackson’s critically acclaimed films, but decades earlier as we follow the last battle against Sauron.

This luxurious show is typical of those with a big budget, complete with opulent sets and large filming locations, yet it offers more than what Amazon Prime can afford. The upbeat tone of Jackson’s movies is back, helped by a strong cast led by Morfydd Clark’s outstanding Galadriel. 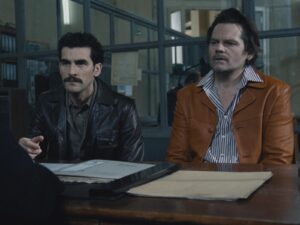 According to the sales pitch, Channing Tatum, Joseph Gordon Levitt, and others unearthed, re-mastered, and dub this gritty detective series from Romania in the 1980s that was produced behind the Iron Curtain.

Of course, there was never an original Romanian show; instead, this is a ridiculously current imagining of what a communist detective show from the 1980s may have looked like, complete with capitalist plots, Ronald Reagan disguising Amazon Prime, and the bad impact of American blue jeans. 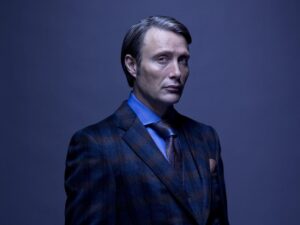 Similar to its title character, this adaptation of the notorious Thomas Harris novels about the cannibal Hannibal manages to be both horrifyingly gory and oddly well-mannered.

The show follows Hannibal’s work with the FBI chasing other killers while concealing his own true nature and playing psychiatrist to the agents assigned to work with him. They had intended to secure the rights to tackle Silence of the Lambs in a hypothetical fourth season, but they never managed.

The Last Man Left on Earth 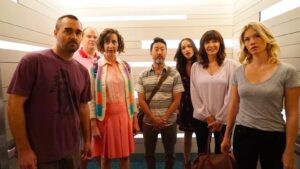 If you were only human on the planet, what would you do? If you’re Will Forte’s Phil in The Last Man on Earth, one of the few comedies brave enough to begin with the eradication of the whole human race, move into the White House and fill a paddling pool with margarita mix.

Even Forte couldn’t last four seasons without an Amazon Prime supporting cast, so it’s probably fair to say that Phil isn’t quite the last person on Earth at this point. Nevertheless, the plot twists in this episode are just as welcome as the jokes, and the cast the show develops is truly incredible. 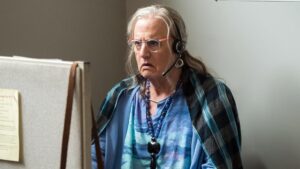 Don’t let the series of star Jeffrey Tambor from the series in shame due to harassment claims deter you from watching it.

Transparent is a ground-breaking, popular investigation of gender change that only gets more fascinating as it broadens its focus to explore how gender, sexuality, and religion interact. Also, contrary to what that might imply, it’s a lot more entertaining and humorous. 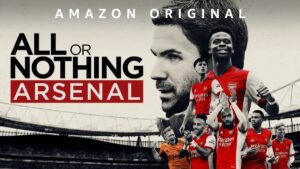 This continuous documentary series has included numerous teams and even sports (though this gooner is partial to the Arsenal edition).

Following the Arizona Cardinals, a number of NFL teams, Premier League teams like Manchester City and the aforementioned Arsenal, Serie A’s Juventus, even rugby’s New Zealand All Blacks national side and the Toronto Maple Leafs in the realm of hockey have all been affected.

Whatever your sport, you’ll discover a season devoted to the ins and outs of one of the key players throughout the season, from cutting-edge training sessions to dramatic pre-match pep talks. Although it’s not quite a tell-all, it’s the best look you’ll ever have at how the top sports organisations in the world are run. 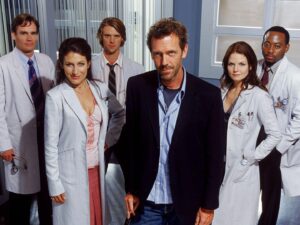 The medical drama show House, which made Hugh Laurie well-known on the other side of the water, is still a classic for good reason.

When it initially began, its sardonic tone made it an instant diversion from the rhythms of E.R., and the show’s delicate balance of comedy and drama still stands up today. Don’t feel guilty if you stop watching before the eight-season run is over, although it did drag on a little too long.

Bluetooth versus WiFi Comparison and Differences

Login to Suralink Details Guide In 2021