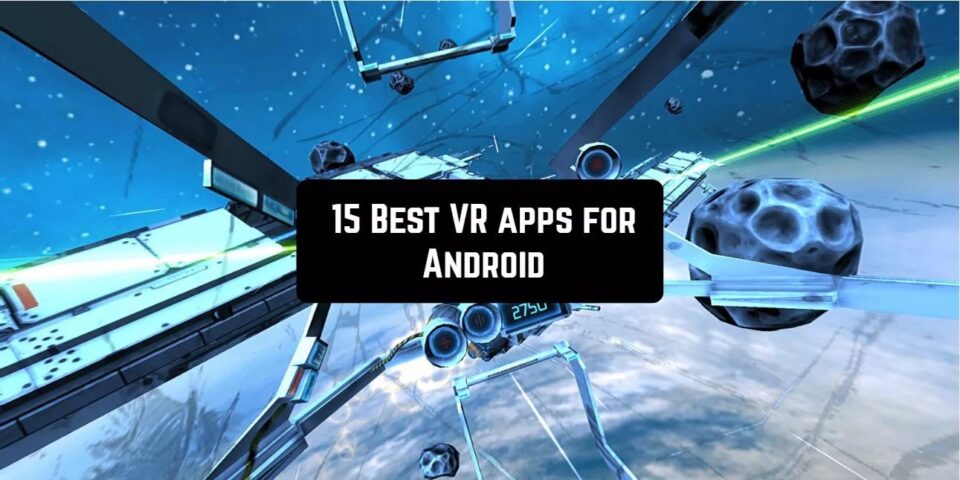 Virtual reality seeks to turn your everyday space or uninteresting living room into the thrilling space of your choice. All you need to enjoy this special experience is a headset, a platform, or a set of the VR (Virtual Reality) technology’s props. From the comforts of your couch, the best VR apps for Android immerse you in exciting experiences and let you participate in entertaining adventures.

You may practise your speech in front of a sizable virtual crowd while utilising a VR app, or you could stroll through a sandstorm or snowstorm!

15 Simple to Use Best VR Apps for Android

The use of virtual reality (VR) technology creates lifelike visuals, sounds, and other sensations that give you the impression thats you are physically there in an imagined setting.

Here are some of the top Android VR apps: 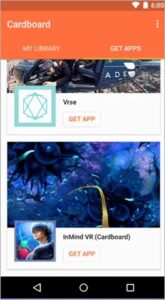 The well-known Google Cardboard app is at the top of the list of the best VR apps for Android. It enables you to launch your favourite experiences, discover new apps, play in VR gaming, and set up a viewer, bringing virtual reality to your smartphone.

With this mobile VR app, users may either buy a pre-made viewer or construct their own from basic, inexpensive components using Google’s published specifications. Users of the platform run Cardboard-compatible apps on their phones, slide the phones into the viewer’s back, and look through the lenses to experience virtual reality content.

The most affordable virtual reality viewer that converts your phone into a VR headset is the Google Cardboard VR app. 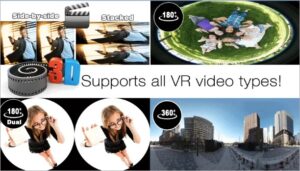 A VR video player and a movie app for Cardboard, AAA VR Cinema. It supports videos of any length. This app’s graphics choices make it possible for devices with lower performance to play videos. You can watch uninterrupted VR videos thanks to the resting head feature, 360-degree views, and 180-degree head tracking.

It closely integrates with the Google Gallery app, allowing you to play videos immediately from the Gallery by clicking the share button. One of the top VR apps for Android smartphones that is perfect for viewing various types of VR video content is AAA VR Cinema. Just a suggestion: use full screen to indulge experiences that are larger than life. In the Play Store, you can also check out the Veer VR app to see extraordinary virtual reality splendour. 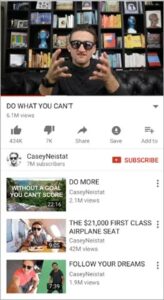 One cannot overlook the Mecca of all videos, YouTube, while discussing the top VR apps for Android. YouTube is an platform where the trendiest and most well-liked videos may be viewed, and it has a huge collection of 3D videos. It also includes a significant collection of uncommon videos.

No matter what device you own, just go on to YouTube, subscribe to your favourite channels, and share the videos. You may also check out Discovery VR to see some 3D animal-focused programmes that are only available there.

4. The VR video player by VaR 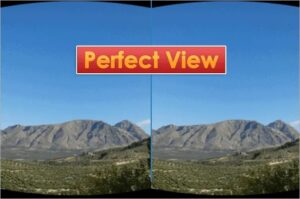 You should give VaR’s VR Video Player a serious look if you wish to manage or access a sizable collection of your videos. The Android VR app offers an exceptional VR experience with real-time movements and flawless head tracking responsiveness. One of the best VR applications for Android is VaR’s VR Video Player, which gives you the best fantastic access to virtual reality.

To make your experiences even more authentic, you may also adjust display characteristics, eye distance, and lens correction, among other things. 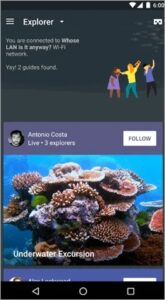 The most well-liked and well-known Google Expeditions app makes learning engaging and fun. The app is considerably more valuable than just being a source of amusement because of its reputation for instructional content. Since it allows users to participate in or even organise virtual journeys throughout the world, Google Expeditions is one of the top best VR apps for Android as a teaching tool.

Small study groups can benefit from using the Google Expeditions app. It offers your students a distinctive VR viewer experience that includes a view of 360 degrees and 3D visuals if you chance to be a teacher. 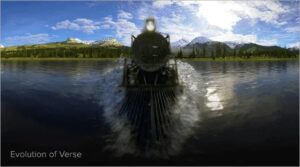 A library and collection of some of the best VR content can be found inside. It enables you to discover VR content across a range of genres, including news, documentaries, and more. This virtual reality application’s compatibility with Google Cardboard is one of its benefits.

Within is the platform to use if you want a true 3D spatial VR device experience! Included is cutting-edge, enjoyable, and educational VR content from collaborators like Apple, The New York Times, NBC, Vice Media, etc. 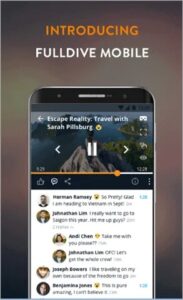 Given its vast collection of VR content, Fulldive is a top contender on the list of the best VR apps for Android. You can opt to follow or keep track of what your friends view, react to, and comment on on this platform for user-generated VR content and navigation.

A wonderful browser to search and view contemporary material, such as 3D and 360-degree photographs and videos, is Fulldive. Additionally, you may watch content from YouTube in 3D, 360 degrees, or standard views. We miss you to play Inmind VR and Minos Starfighter VR right away! 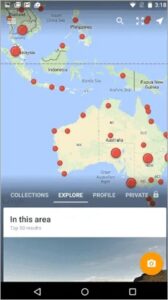 The experience to explore a place while having fun is provided by Google Street View. It is the ideal location to get a sneak peek at what is to come.

Using the camera on your phone or a Street View Ready camera, you can easily produce 360-degree videos & photographs with the Google Earth VR app. 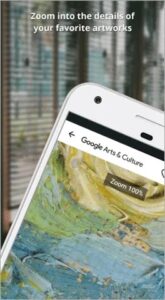 You can explore some of the most fascinating sites across the world by taking virtual reality tours of historical landmarks, museums, and other places with Google Arts & Culture.

With the help of more than 1200 worldwide museums, galleries, and institutions from 70 different countries, everyone may make exhibits online thanks to Google Arts & Culture. This app will provide you with some of the best experiences if you own the Samsung VR headset. 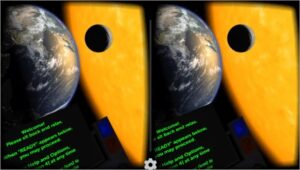 One of the best VR applications for Android that gives you a tour of the solar system is Titans of Space. The good news is thats it works with Google Cardboard so you can experience the planets and stars in virtual reality.

The Android VR app is simple to use. Users of this smartphone VR can experience the engaging soundtrack, learn about every part of the solar system, and purchase the voiceover add-on for 50 minutes of narration. 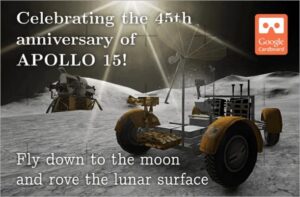 Now you can just share the experience with your lover to express “I love you to the Moon and back”! You can easily build a convincing impression of the Apollo 15 moon landing using NASA data and video by using your phone and Google Cardboard to imitate the 1971 Apollo Moon Landing.

Users can feel walking on the moon thanks to Apollo 15 Moon Landing VR, one of the best VR apps for Android. 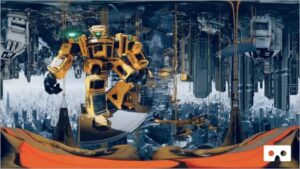 Real-time recordings on the Coastiality app give the impression that you were present throughout the event. A virtual world that is already available at theme parks across the world can be explored using the VR player.

You have the option to reexperience thrilling events whenever you want in 360-degree views or virtual reality, as well as to ride your favourite roller coaster once more (VR). 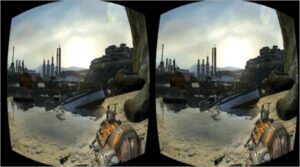 Now, without any pricey hardware, you can play your favourite PC games in virtual reality. Trinus CBVR lets you play your preferred virtual reality game by linking your Android phone to your PC. Your phone’s head tracking sensors are responsible for all of this. GTA, Elite Dangerous, and Minecraft are just a few of the PC games that Trinus CBVR Lite works.

Through ReVive, Trinus VR supports games for Oculus Rift and SteamVR. You need a head mount (such as Google Cardboard, Homido, Freefly, etc.), an Android phone, a Windows PC, and the Trinus CBVR PC app in order to utilise the app. The app store has fantastic customer reviews, making it a must-try.

You know you are in for a good time when your favourite roller coaster ride joins forces with a VR-based app. VR Thrills: Roller Coaster 360, one of the best VR apps for Android, will give you a rush and is a must-download. You can indulge in exhilarating ride in this VR game without having to leave your place.

The app features a collection of previously filmed videos of riders having fun on roller coasters. Users have the impression that they are actually taking the ride because all of the recorded content is shot in first person. The 3D multiplayer environment is the cherry on top and guarantees you the best possible experience. 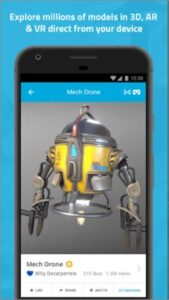 A fun collection of 2D and 3D models, Sketchfab is compatible with Android phones. No practical or productive needs are met by the app. However, Sketchfab can do a tonne of fun things for Google Cardboard owners. More than two million items are available for you to check, and you’ll love seeing each one in a virtual reality setting. Additionally, Sketchfab supports augmented reality.

The app is frequently used by 3D model creators for creative inspiration. Sketchfab, one of the top VR apps for Android that is especially made for enjoyment, is a favourite among children and is one of the essential VR apps for children.

The Google Play Store has made it simple to indulge in the most realistic virtual reality experiences while the rest of us were waiting to do so. To lose yourself in the best 3D content, if you have a compatible smartphone and any VR equipment, such as the HTC Vive, you must try out the best VR apps for Android.

We can’t wait to try out the NYT VR app that the New York Times has created. The virtual reality (VR) market is expanding steadily, and new breakthroughs are just bringing us closer to our fantasies. You may already experience the best virtual reality experiences from the comfort of your couch because the future has already arrived.

In 2022 Home Security and Cameras for Surveillance