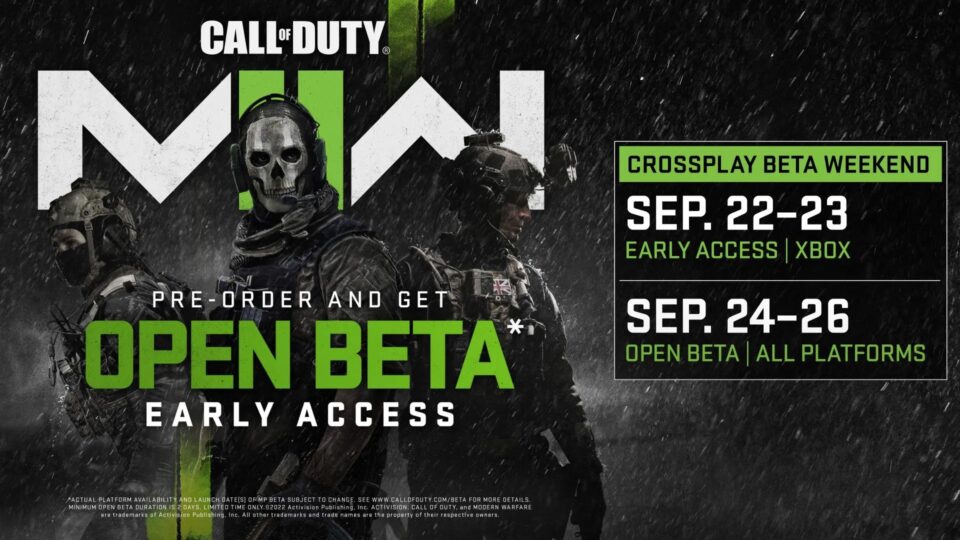 Players of PlayStation, take note! When you pre-order Call of Duty: Modern Warfare II digitally on PlayStation, you can join Task Force 141 up to seven days before the game’s launch date.

Preordering a digital copy of Modern Warfare II entitles players to early access to the game’s Campaign mode as well as other benefits. Enjoy a whole week to concentrate on the single-player, international adventure beginning on October 20 before the entire game publishes on October 28.

The biggest threat Task Force 141 has ever faced is a recently allied threat with extensive ties. The Campaign, which includes missions in Europe, Asia, and the Americas, promises to be an amazing experience on many levels. It will include offshore sieges with underwater combat, full-scale explosive assaults from 30,000 feet above enemy strongholds, and high-stakes, low-profile stealth missions carried out in plain sight and at night.

We’re eager to share additional information about how Infinity Ward is handling the Campaign for this year’s release with PlayStation players. 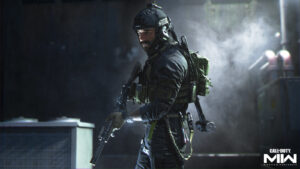 It’s not simple to create a game. The key to maintaining the game development process on schedule is studio cross-collaboration. A well-rounded crew is essential for producing a AAA game, particularly for the Modern Warfare series. To make sure that this game is the best it can be for the player base, Infinity Ward makes use of the wealth of experience the team has from previous games, film, and TV production.

Infinity Ward will provide players with a cutting-edge experience for Modern Warfare II that will immerse them in a beautiful, action-packed game that anyone can enjoy.

The Modern Warfare II campaign will be covering some of the smallest details, including the physics and aesthetics of the sea, to create the most immersive experience ever thanks to better graphics created using photogrammetry technology. 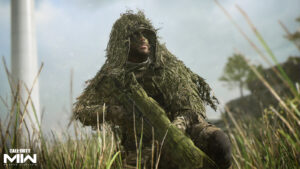 Additionally, the Campaign will provide better lighting to create an even more realistic environment that will let players fully immerse themselves in the upcoming single player option for Modern Warfare II. This is made possible by the upgraded shadows systems.

Infinity Ward has gone above and above with improvements you can hear in addition to changes you can see. Thanks to new engine upgrades, this created players for improved sound capture and brand-new features like real-time mixing and natural limiting to aid players in concentrating on the work at hand, getting sucked into the story, and being drawn into the missions.

You’ll be completely ready to deploy into the game’s multiplayer options when they become available thanks to early Campaign access.

All the advantages previously mentioned, as well as:

Your pre-order grants you early access to Call of Duty multiplayer action in the future. On PlayStation, the Modern Warfare II Open Beta will be available for free over two weekends. Those with preorders—whether digital or physical—are eligible for early beta access. 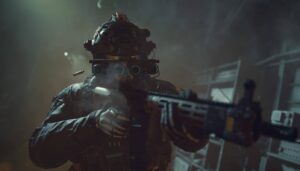 The second Beta weekend is scheduled to run on September 22 at 10 a.m. Pacific Time and end on September 26 at 10 a.m. Pacific Time. Whether or whether you’ve preordered the game, Weekend 2’s free Open Beta is available to all PlayStation 4 and PlayStation 5 players. Crossplay will be enable, allowing you to play with the larger community regardless of the hardware they use.

Keep Checking Back to Call of Duty: Next for More

You should put September 15, 2022, in your calendars. Attend the Call of Duty: Next franchise preview event to learn more about the near future of the game! Expect a lot more information on Modern Warfare II, the upcoming Call of Duty: Warzone, and Call of Duty: Warzone for mobile details (also known as Project Aurora). A full Modern Warfare II Multiplayer reveal will be included in this multi-hour event, along with a tonne of your favourite streamers playing the games live and other information and surprises.

*Based on anticipated access, with actual play subject to any interruptions and related time zone variances, one week.

** MP Beta launch date(s) and actual platform availability are subject to change. For additional information, visit www.callofduty.com/beta. Open Beta must last at least two days. While Early Access Beta Codes last at participating merchants, for a little period only. It might be necessary to subscribe for online multiplayer.

The Final Judgement Bundle must be purchased through a preorder platform for Call of Duty: Modern Warfare II. downloaded/sold separately. **** The initial launch of the Weapon Vault was restricted to its contents.

check the Call of Duty FAQ for further information

All pre-purchase customers are qualified to get goodies from the Ghost Legacy Pack later on.

These companies are constructing the drone delivery sector of the future

What are the Primary Differences Between PUBG and Fortnite?