Google completely botched the new logos for their “reimagination” of G Suite as Google Workspace, replacing familiar, identifiable, and, in Gmail’s case, iconic icons with small rainbow blobs that everyone will now struggle to distinguish in their tabs. Companies always make a long deal about their design language and choices, so as an antidote, I’ll just explain why these new ones are bad and won’t stay.

First, let me state that I understand Google’s goal here, which is to unify the visual language of its many products. That’s important, especially when it comes to a company like Google, which abandons apps, services, design languages, and other things like ballast from a sinking hot air balloon (a remarkably apt comparison, in fact).

It’s difficult to care about new Google icon languages because we’ve seen so many throughout the years. To paraphrase Sun Tzu, the bodies of your favourite Google products will float by if you wait long enough by the river. It’s best not to get too attached.

But every now & then, they do something so irrational that everyone who cares enough must toss the company’s reasoning in its face and tell them they blew it; the last time I cared enough was with Google Reader. Because I and a hundred million other people will be forced to stare at these hideous new icons all day until they are retired, perhaps making a little noise will help to speed up the bit.

Sorry if I went off-on a bit here, but I see it as a counterpoint to the interminable design narrative that nearly usually accompany ill-advised redesigns. I’ll keep it simple and talk about how these icons go wrong in three ways: colour, shape, & brand.

Color is one of the 1st things you notice abouts something, and even in your peripheral vision, you can detect colours. In many respects, having a unique colour is important to type and design. Why do you believe companies are so obsessed with different shades of blue?

That’s one of the reasons why the most popular Google apps have such distinct icons. Gmail’s red colour has been around for a decade or longer, and Calendar’s blue is also quite old. Meet’s teal should have probably just stayed green, like its predecessor Hangouts, but it’s at least distinctive. Similarly, Keep (remember Keep?) and a few more minor characters. More significantly, they’re solid — with the exception of a couple that were better for their colours before their icon was killed, such as Maps.

There are two issues with the new icons’ colours. The first is that they don’t have any colours at all. They’re all the same colour, which makes it difficult to identify them differently at a glance right away. Remember, they’ll never be as huge as they are in the image at the top. They’ll usually be around this size:

Perhaps even smaller. And never so close to each other. I don’t know abouts you, but I have trouble distinguishing them when I’m not staring at them immediately. I’m not sure what you’re looking for. They’re all different colours, and they’re not even in the same order or orientation — notice how some are red, yellow, green, blue, and another is red, yellow, blue, green? Three clockwise and two anti-clockwise (with Gmail). It may seem insignificant, but your eye catches up on things like that, perhaps just enough to make you more perplexed. 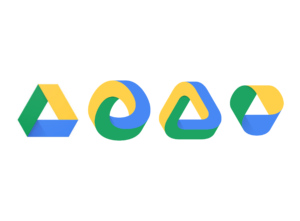 Maybe if they all started with red in the top left and cycled through, it would have been nicer. Isn’t it right that the order of the colours in the main Google logo isn’t random? In the end, these blobs resemble toys or crumpled up candy wrappers. It’s plaid at best, and that’s Slack territory.

I thought the littles red triangular tabs were a wonderful visual indicator at first, but they also became screwed up. The tab might have been in a different corner for each icon, but it’s in the bottom right corner for Calendar and Drive. At the very least, they’re different types of triangles — but that’s a freebie from trigonometry.

You’ll also notice that the icons are disproportionately heavy. Because different colours have variable visual salience against a light background, this is the case. Darker colours stand out against a white background more than yellow or a bit of red, making the icons a heavy “L” feel on the left in Gmail and Calendar, the bottom left in Drive and Meet, and the bottom right in Docs. In an inactive tab, however, the light colour will stand out more, and those L’s will appear to be on the opposite sides.

My hunch is that the design team spent a lot of time looking at these logos at a large scale and didn’t give much thought to how they’d look in real life on a cheap Chromebook or Android phone. You can tell since they all have very minor details that will be obliterated by aliasing once they’re 20 pixels big.

Because the perceived shape of these icons changes based on the background, this is an excellent segue into the shape issues. The background didn’t actually leak through because the original icons had a solid shape that was unique to them. Even the “hole” in meet that resembles a camera is given a material and a shadow.

You must be extremely cautious when using transparent elements in your design, such as positive and negative space. If you let any part of your logo fade into the background, you’re at the mercy of the user’s selected UI or theme. Will these logos work with a hole in the middle that points to a dark grey inactive tab? Or will the hole be filled up with white all of the time, making it positive space on a dark background and negative space on white? I’m not claiming there’s a one-hundred percent right solution, but whatever it is, it wasn’t chosen by Google.

In any case, the problem with these icons is that they have bad shapes. They’re all hollow, and 4 of them are rectangular if you take Gmail’s negative space into account (which we do because Google taught us to). The general shape of a container is fine to use on occasion, however four out of five appear to be angular O’s at first glance. Do you like the taller, pointier O, or one of the two square Os with slightly different colour patterns? Who knows what’s going on at a distance? If you look closely, they now resemble the thing they’re supposed to perform.

Don’t those shapes also scream Office and Bing, now that I think about it? That’s not good!

While we’re at it, don’t you think the thin type in the Calendar’s open area looks a little underwhelming in comparison to the massive, thick border? Perhaps they should have gone for the bold option.

Last but not least, the overlapping colours cause confusion. For starters, it gives the Drive logo the appearance of a biohazard symbol. However, it introduces a great lot of intricacy that is difficult to follow on a small scale. To be true, the original Drive logo had three colours and a drop shadow to show that it was a Moebius strip expressing infinity rather than just a triangle (which is now gone — so why preserve the triangle?) — but the colours complimented each other: Green is made up of two primaries and their secondary colours, blue and yellow.

There are three primary primaries, one secondary school, and two postsecondary schools in the new ones (if you count darkness as a color). They don’t make the shapes more relatable in any way. Is it true that you’re staring “through” them? That dosn’t appear to be the case. They fold in some ways, but how? Is it true that these ribbons are twisted? No, I don’t believe so. The shapes aren’t things; they’re just arrangements, things at what they might have been if they hadn’t gone too far.

Google is no stranger to squandering valuable information. However, you’d think they’d know when they’re on to something good. It was a good thing that Gmail has a logo. When they went to the rounded-off icon a few years ago, I had to admit that I preferred the previous angular one, but it’s grown on me. This is the kind of logo you keep for a long time since the natural “M” shape of the envelope is highlighted so nicely, and the red-and-white colour scheme is so instantly recognised and readable. Alternatively, don’t!

The issue is that Gmail, which has effectively operated as its own, entirely indestructible brand for more than a decade (which is aeons in tech, let alone tech logos), has now been placed on an equal footing with other services that aren’t as trusted or extensively utilised.

Gmail is now simply another rainbow shape in a sea of other rainbow shapes, signalling to the user that “this service isn’t special to us.” This is not the service that has served you so well in the past. This is just one of the many fingers on an internet behemoth’s hand. And now it’s impossible to look at one without thinking of the other.” 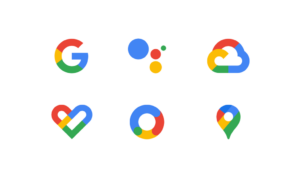 The same goes for the rest of the colour wheels: You’ll never forget that they’re all part of the same machine that knows what you’re looking for, what websites you frequent, and, now, what you’re doing at work. Oh, they’re quite courteous about it. But make no mistake: the uniform branding (despite the colour diversity) is the precursor to a brand crunch in which you’re no longer just a Gmail user; you’re living in Google’s house, all day, every day.

Google VP Javier Soltero told Fast Company, “This is the moment when we break away from describing the structure and role of our offerings in words that were developed by someone else in a completely different era.”