Make a smooth transition with the best Linux distros for Windows users.

The best Linux distros for Window’s users can assist you in making a smooth transition from Windows to Linux.

It might be overwhelming, especially for users who are used to proprietary operating systems like Windows. Because of their open source nature, Linux distributions provide far more access than their closed source counterparts, making the transition particularly tough for many users.

This is where these Windows-specific distributions come into play. Their goal is to allow users to experience the benefits of Linux while reducing the learning curve thats comes with moving to a new operating system. They all take different efforts to make the transition as smooth as possible.

We evaluated a variety of Linux distros to find the best for Windows users. We looked how user-friendly they were, as well as the hardware requirements, installation ease, and overall out-of-the-box experience. Among other aspects, we considered the distro’s learning curve and desktop experience. 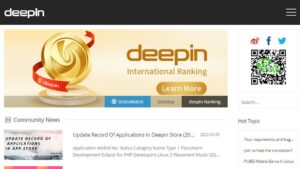 Deepin Linux is a Debian-based distro recognised for its DDE custom desktop environment, which is known for its visual appeal. The distro is designed to help novice users get started with Linux by including various home-brewed apps.

Deepin employs a first-boot configurator software to help you change icons, enable window effects, and more to customise the appearance and feel of your installation. These are divided into two groups, and depending on the number of resources available on your computer, you can use either.

You can run the installations in Efficient mode on lower-end workstations to make the most of their limited resources, while Fashion mode on newer machines will ramp up the bling. DDE offers a wide range of customizations, from the primary desktop to notification management.

Deepin has a dedicated tool for most common desktop functions, like watching movies, listening to music, browsing photographs, taking backups, creating screencasts, and a few others.

The Program Store is another bespoke Deepin app that needs special note. It makes it relatively simple to discover and install news apps, which new users unfamiliar with the Linux app environment may welcome. In addition to the standard categories of apps, there is an Uninstall section that can help you remove any installed apps using more familiar terminology.

Elementary OS, an Ubuntu distro, has built a name for itself as an extremely useful and aesthetically beautiful desktop distro. Everything about it, from the pre-installed apps to the custom desktop, is designed to make novice Linux users feel at experience.

Its Pantheon desktop, which was custom-built, is an appealing aesthetic take on the standard desktop metaphor. The picture-in-picture mode, which allows you to select an area of a window or the desktop and then pop it out, is one of its unique characteristics. This pop-out is resizable, always-on-top, and can be moved across workspaces.

The distro includes a carefully selected set of pre-installed apps designed to make the desktop experiences more consistent and appealings to new Linux users. Many of the most frequently used pre-installed apps have utilitarian titles like Mail, Music, Photos, and Videos, making them easier to find.

The distro also includes an onboarding software to assist new users in setting up their installation. Elementary OS also has its own proprietary package manager, which allows users to customise their installation without being overwhelmed with choices. With its custom app, it takes a similar approach to system settings, exposing only the fundamentals rather than an infinite stream of toggles and switches. 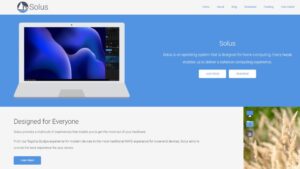 The best thing about Solus is that it isn’t based on another distro, unlike many of its competitors. This allows the distro’s creators to shape all aspects of the distribution, including the user experience, to their liking.

Budgie, the distro’s unique desktop, is its standout feature. It will appeal to users transitioning from Windows since it maintains the traditional desktop metaphor while also providing numerous new Linux desktop advantages.

The Raven combined notification and control centre sidebar, which also offers you rapid access to the calendar and media player controls, is Budgie’s most prominent feature.

Thereincludes a Budgie-based edition, a Gnome edition (with various Gnome extensions), a MATE edition (with the modernised Brisk menu), and a Plasma edition (for experienced users). All editions come with the same set of apps that you’d find on a desktop OS.

The Software Center is another notable feature of the distro. The programme is very easy to use and understand, making it one of the best Linux distros for Windows users.

The project also offers a sensible software update policy that will help you gradually adapt to the Linux way of life. The distro uses a rolling release strategy, which means it will be updated over time. However, Solus’ developers only release upgrades to the stable repository after thoroughly testing them. This keeps you from bricking your installation with unstable software while still keeping you on the cutting edge. 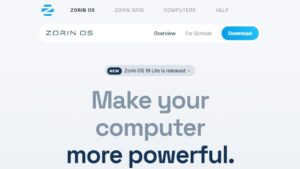 Zorin OS appears to be just another Ubuntu-based distro at first glance. The home-brewed Zorin Appearance software, which adjusts the desktop environment to make it resemble Windows in both form and function, is what makes it apart.

Zorin is designed to appeal to user’s coming from popular proprietary operating systems, such as Windows and macOS, as a distro for first-time Linux users.

Zorin is available in four different flavours: free Core, Lite, and Education editions, as well as a $39 Ultimate edition. The Core version is the regular edition, with all of the apps found in a standard desktop Linux distribution, whereas the Lite edition is designed for older PCs. The premium Ultimate version adds support and a few extra features, such as the ability to use interfaces that resemble Mac OS X and a library of apps and games.

A useful set of documentation is included with the distro, which is created for users migrating from proprietary desktops who are unfamiliar with the Linux method of doing things. Overall, we recommend using the Core version to get a feel for Zorin before upgrading to the Ultimate edition to fully experience the distro’s capabilities. 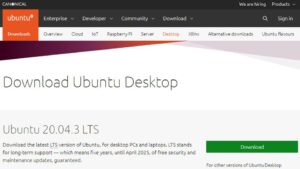 Ubuntu is one of the top most popular Linux flavours and is highly recommended for Linux newcomers due to its ease of use. That’s why we’ve previously covered two Ubuntu versions in this guide, but the core Ubuntu release is also worth examining.

Ubuntu provides new versions every six months, while the developer Canonical delivers an LTS (long term support) version every other year. These provide five years of security and general maintenance updates, allowing you to keep using your machine without having to upgrade it every few months. Standard releases have a one-year support period.

The Gnome desktop environment is used in the current LTS version of Ubuntu, which may be less familiar to Windows and macOS users.

Ubuntu has also become more integrated with cloud computing services, making it a useful distro not only for getting started with Linux, but also for people wishing to develop their long-term corporate IT abilities.

How do you pick the best Linux distros for Windows users?

You’ll have a smooth transition from Windows to Linux with the best Linux distro for Windows users. However, you’ll need to consider a number of variables before deciding on the best distro for you.

To run, check sure your hardware can run the distro, as not all distros support 32-bit architecture. If you’re using older hardware, you’ll want a lightweight distribution that won’t lag. It is always beneficial if the distro offers a wealth of documentation and an active forum where you can seek assistance. Also, check at the distro’s desktop environment to determine if the graphics, features, and customizability are to your liking.

How we test the top best Linux distros for Windows users

To find the best Linux distros for Window’s users, we looked at a variety of factors. We looked examined how resource-intensive the distros were, what kind of hardware they could run on without problems, the documentation provided, and the out-of-the-box experience. We took into account the installation time as well as the additional apps included with the distribution.

The looks, functionality, and customizability of the desktop environment were all taken into consideration. We also looked at internet forums to see whether there was a vibrant community that could assist with questions.

Gmail tricks to make the most of your email address

Learn How to Batch Rename Files on Windows 11