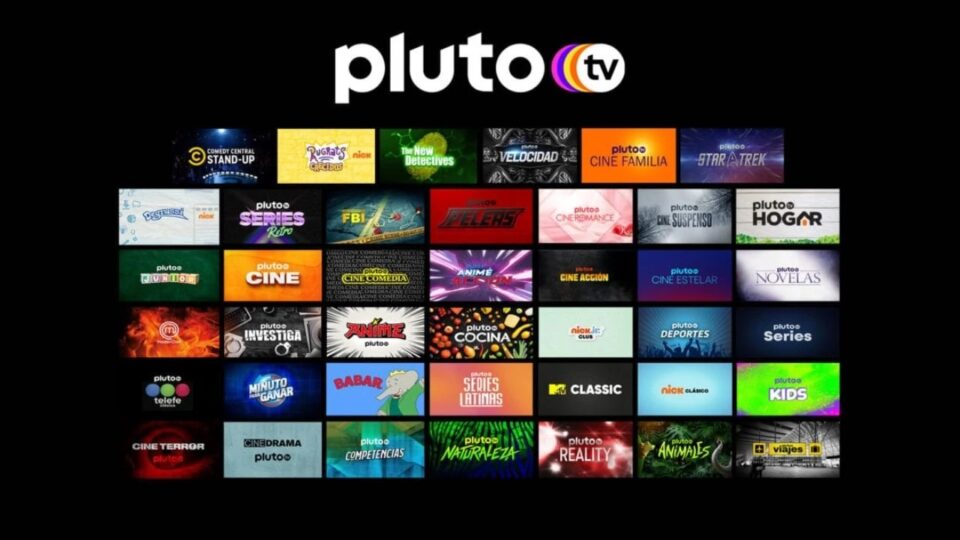 Today, there are so many streaming services that keeping track of the shows, movies, and channels you can watch can be difficult, if not impossible. Of course, there are well-known services that you are already familiar with, like Netflix, Amazon Prime, or Disney Plus, but if you sign up for many ones, your finances may suffer. Furthermore, continuing to pay for Pluto TV surely seems like a waste if you understand what it is and how it operates.

One of the most recent and cutting-edge options, Pluto TV provides free access to thousands of movies & TV shows, as well as programming from more than 200 channels. As more Vizio TVs enable the WatchFree service, Pluto TV is sure to gain popularity. You could believe that this is a deceptive offer and that there is more to these claims, but this is not the case.

Before cancelling your cable service, you’d be wise to read this article carefully to understand how Pluto TV differs from regular live TV in various ways.

1. What exactly is Pluto TV? 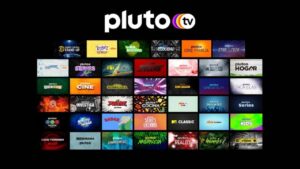 Pluto TV, a live TV streaming service, is owned by Viacom as of 2019 and is similar to Sling TV, AT&T TV Now, Hulu Live TV, and other services of a similar nature. Pluto TV, on the other hand, provides free content that is primarily chosen from what is already available online, unlike other platforms that provide access to cable TV channels.

Due to this feature, it is similar to Rabbit TV, a $24 annual subscription service; the primary distinction is that Pluto TV has been free without charge since its introduction in 2014, which has helped it grow popularity swiftly.

Around a year ago, the service had more than 28 million active users, making it the most complete platform for free television broadcasting in the country. Given that it has been available throughout Latin America since March, these numbers can only increase.

If you do not watch a lot of videos-online, you might not be familiar with some of the channels you’ll find on Pluto TV, but you could be familiar with some others. Even if you already pay for a live TV streaming service, you should think about using this alternative because it has such a wide variety of content.

With the launch of its new user interface in March 2020, Pluto upended the status quo by making it easy to find and play content. The fundamental feature of the navigation is its linearity, which lets you navigate to any of the major live TV categories—sports, movies, news, entertainment, and comedy—with no more than one or two clicks.

This principle also applies to the video-on-demand interface, which, while maintaining the spirit of a conventional television guide, includes amusing categories such “romantic comedies.” In October, Pluto TV added new channels such CMT Equal Play, The Bob-Ross Channel, The Design Network, and a channel just for Netflix’s Narcos series.

Additionally, you can now define your favourite channels so that they are easy to find in a list of over 250, and you can store certain shows, snippets, and movies. Pluto gives you a preview panel if you select a movie you want to see, which includes more details like a cast and crew list and movie trailers.

2. What distinguishes Pluto TV from WatchFree on Vizio TVs? 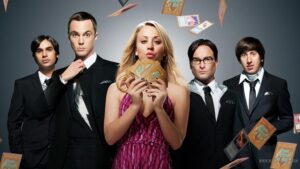 Although it only comes with Vizio TVs and functions slightly differently from the app on other devices, WatchFree is Pluto TV.

Similar to how your cable box, an streaming device (such an Apple TV or Roku TV), or a gaming console would, WatchFree appears as an input on Vizio TVs. Since Pluto is the 1 who covers that service, all of the programming you will find there is the same.

The majority of what you are reading in this post may be applied to the Vizio WatchFree, with the exception of the name and a few unique interface variations.

3. What Television Channels Are There?

A free service’s content library is fast to browse, but it contains a lot—especially with 175+ content partners providing programming for 240+ channels.

The Weather Network, Bloomberg, Cheddar, CNBC, MSNBC, CBSN, and a number of other channels can be found on this service, despite the fact that normal TV channels are not very popular there.

Since April 2019, it has added a channel with short-form digital content, including segments focused on lifestyle and culture, climate change, the environment, research, and unique interviews, to CNN, however it is not the cable signal you see.

Aiming mostly at fans of pop culture and reality shows, it also added CMT and Red Bull in December 2019 along with additional themed channels.

Sports reporting is less conventional. Even though it doesn’t include channels like ESPN, you can still find things like Fight, the World Poker Tour, Impact Wrestling, a network for sports news, Glory Kickboxing, and the Big Sky Network.

Although DAZN recently agreed to an agreement for an original weekly series, there is a chance that this alliance could grow in the future. Additionally, it added a PGA Tour official channel, which offers round-the-clock coverage of one of the biggest golf tournaments.

Reruns of reality and documentary shows, as well as episodes of vintage television programmes like Dennis the Menace, Thunderbirds, and others, can be found in the entertainment section.

You can find Wipeout among these channels. This network solely shows reruns of the well-known game show and its variations from many nations, as well as Nosy, which broadcasts reruns of The Maury Show, The Jerry-Springer Show, and other shows.

Science TV, Xive TV, Docu TV, and even a live NASA broadcast are available under the curiosity area. The Lucy Show and 3rd Rock from the Sun are just a couple of the classic comedies available on New Pluto TV’s Sitcoms channel.

Pluto TV, which also offers Stand Up, Anime All Day, a channel only for that type of type, comedy, and a channel devoted to failures, is a network with this kind of intense focus. Other channels that are similar include Pluto TV Travel, Cats 24/7, and Slow TV, which shows soothing pictures. 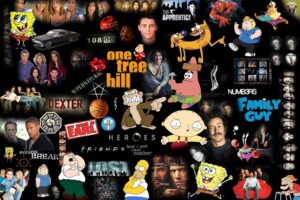 In June 2020, it added the channels The FBI Archives, Babar, Animals, Romance Movies, Suspense Movies, and Action Anime, where you can watch free and legal episodes of series like Naruto, Bleach, and Death. These are in addition to those that started in May 2020: Soccer for Fans, Home, Teens, and Marathons.

Dash Radio, usually referred to as a standalone service, offers a variety of internet radio stations. Although there are additional stations featuring jazz, old rock, and soul music, the most popular genres of music are hip-hop, electronic music, and pop.

Pluto has been attempting to expand its global reach recently. Two specialised British channels were added during its first year of operation in the UK, and in August the free service expanded to 17 nations in Latin America.

4. How Can I Watch Pluto TV on My Devices?

The service can be accessed via a web browser, but it also provides desktop programmes for Windows and Mac computers. However, you should be aware that these programmes are only available for usage in the United States.

On iOS and Android devices, mobile apps are also available, with US and international versions giving alternative channels due to broadcast rights difficulties. 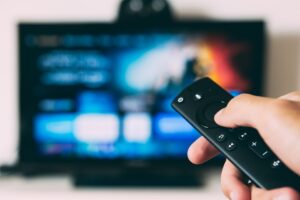 The company’s website states that further smart TVs from Samsung, Sony, and Vizio are supported in a similar manner.

With the exception of one, which we will discuss below, all the applications we evaluated have the same user interface regardless of the platform.

Although the vast majority of what you will find on Pluto TV’s on-demand service are movies, there are some television shows available, particularly from TLC and Discovery Channel.

The service promises new hit movies every week, and the content that is offered regularly changes. It is difficult to predicts what will be accessible too long in advance because to the regular rotation, and it is in no way comparable to services like Netflix or Amazon Prime Video.

Starship Troopers was made available on Pluto TV as a result of a distribution agreement between the firm and Sony. Recently, titles like The Terminator, a number of James Bond movies, and GoldenEye have all been released.

There are enough titles that can attract your attention, and you might find a hidden treasure, even though it is not on par with the calibre of Netflix content. 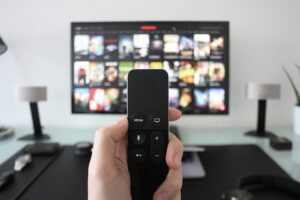 B. Will Pluto TV Survive?

Pluto TV doesn’t appear to be changing anytime soon. Pluto TV is “a crucial driver of reshaping our organisation for the future,” according to its parent firm, Viacom. Pluto TV seems to take care to avoid upsetting governmental organisations or other pay-TV providers, unlike previous ventures that attempted to supply TV shows, like Aereo, for instance.

Pluto TV offers advertising even though all channels are free, and based on our observations, it appears that advertisers are purchasing more every day. The Viacom team is heavily influencing the platform’s marketing initiatives, so advertisers should be even more interested.

According to a recent report by Viacom, 3,500 products were advertised in September 2019, the month with the highest revenue, and ad views have increased threefold recently.

As Viacom begins to promote Pluto TV’s free offerings as the best way for cable and satellite operators to recapture some of the audience they are losing to streaming services and “cable cutters,” Pluto TV’s partnership with Vizio to launch WatchFree service now appears to be the first of many.

Additionally, there is concern over how the Viacom and CBS merger may impact Pluto TV’s future, particularly with regard to monetizing its audience directly. Although we’re convinced that some modifications will be made, Viacom CEO Bob Bakish recently stated that Pluto TV would continue to be a free service, as reported by Cordcutters News.

Even mentioning a corporate plan, he said he would utilise Pluto TV to promote more premium services, such as CBS All Access, to customers. Are You a Good Fit for Pluto TV? The simplest method to find more is to either visit the business’ website and watch a look around for a bit, or download one of the applications for your preferred platform.

Your only investment will be time, and given the variety of the programme, there are many opportunities for you to find something you like.

Slope raises its first round of capital with the goal of becoming the ” lsope Stripe for global B2B payments.”