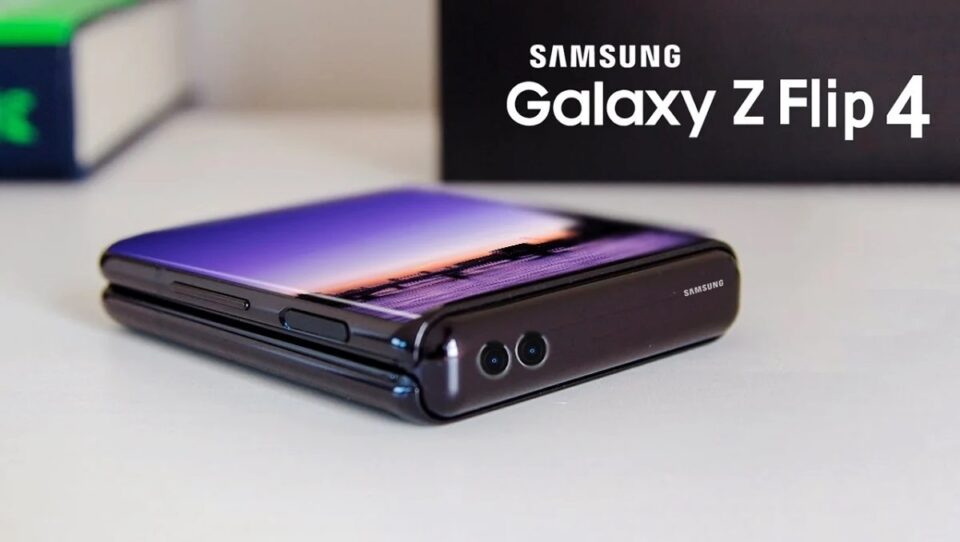 The upcoming Samsung Galaxy Z-Fold 4 and Z Flip 4 have received a lot of attention. We’ve seen their leaked renders and even the Z Fold 4’s alleged spec sheet. Now it’s time for some information about the Galaxy Z Flip 4, and we got it. Here’s what to anticipate.

The specifications for the Samsung Galaxy Z Flip 4 have been leaked.

The rest of the details are nearly identical to the Z Flip 3. According to the source, the Galaxy Z Flip 4 will include a 6.7-inch Super AMOLED display with an 120Hz refresh rate, as well as a larger 2.1-inch outer screen that will also be Super AMOLED. There are 2 rear cameras, one with a 12MP main camera and the other with a 12MP ultra-wide lens, as well as a 10MP selfie camera. Expect 8GB of RAM, up to 256GB of storage, and One UI 4.0, which is based on Android 12.

To summarise the design, it is expected to resemble the Galaxy Z Flip 3 and will be similar in a variety of colours. Except for a few minor differences, everything is true for the Galaxy Z Fold 4.

The Galaxy Z Fold 4 will, as previously expected, feature a 7.6-inch primary display and a 6.2-inch outer display, both of which will support a 120Hz refresh rate. It could include three 50MP rear cameras, a 16MP selfie camera (inner), a 10MP selfie camera (outer), a 4,400mAh battery, and Android 12 with One UI 4.0 on top.

The Samsung Galaxy Z Fold 4 and Z Flip 4 are expected to be released in the next months, although no official timetable has been set. Stay tuned for additional information on this.

The 20 best CRM software for small businesses in 2022

The Etsy Boycott First Day: Sellers Will Strike Throughout the Week