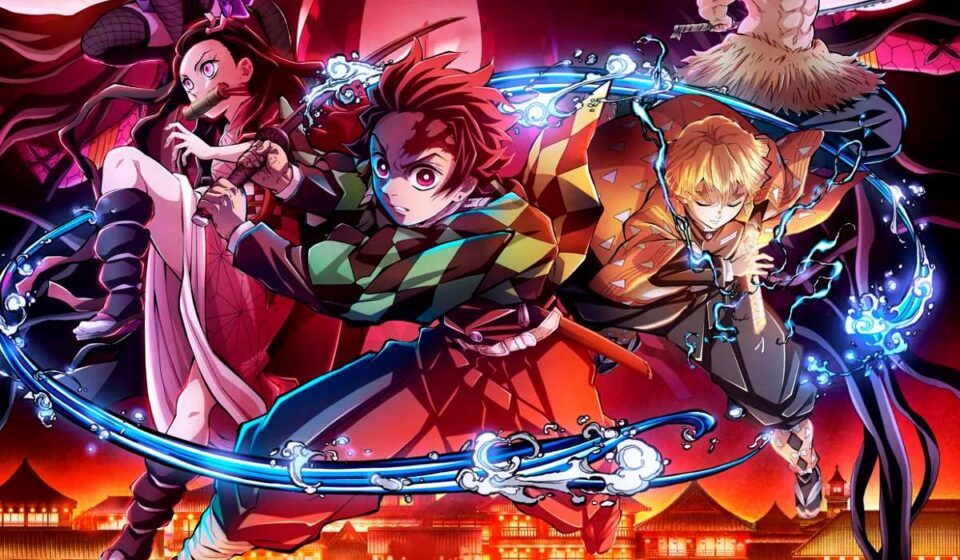 Without a doubt, Kimetsu No Yaiba (also known as Demon Slayer) is a classic anime that is currently being developed. There is nothing that this anime hasn’t given to its creators and viewers, from a significant box office success to a loyal fandom. And now, everything will move to a new level as we approach one of Demon Slayer’s most important storylines of Season 3. Higher stakes, more potent demons, and some catastrophes are inescapable. So, let’s find out what to expects from Demon Slayer Season 3 while taking a deep breath and sharpening our katanas.

Demon Slayer Season 3: All the Information You Need

To go through all the information on the upcoming Demon Slayer anime Season 3, including the plot, release date, cast, and more, utilise the table below. Even the complete schedule of Demon Slayer Onwards to the Swordsmith Village Arc movies screenings around the world is covered in this guide.

For Demon Slayer fans, the previous two years have been pretty eventful, and it appears that 2023 won’t disappoint either. According to the official website, Demon Slayer Season 3 will begin airing as weekly episodes on TV and streaming services some time in April 2023, falling under the spring season. Kimetsu No Yaiba Season 3 has not yet revealed a firm release date.

Hardcore followers, though, don’t have to wait as long. The first episodes of the 3rd season will have a theatrical release as a promotional event, as is customary for most TV anime. One of the initial viewing is set for February and will take place prior to the official Season 3 launch. 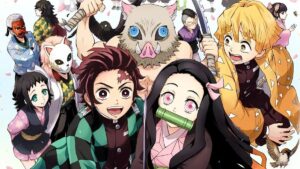 “World Tour Jei: Kimetsu no Yaiba” is the name of the theatrical production centred on Demon Slayer Season 3. Translated as “World Tour Screenings: Demons Slayer: The Upper Ranks Gather or Onward to the Swordsmith Village,” the title is Jgen Shketsu, Soshite Katanakaji no Sato e. This event will take place all across the world, as the name implies. Along with the opening hour-long episode of season 3, it will also include episodes 10 and 11 from season 2.

Poster for the “Kimetsu no Yaiba – World Tour Screening”

The official dates for the Season 3 event of the Demon Slayer world tour are available right here:

Crunchyroll and Aniplex of America will conduct a red carpet premiere of Demon Slayer Season-3 on February 18 at the Orpheum Theatre in Los Angeles, as confirmed by the Demon Slayer USA account on Twitter. The voice actor for Taniguo Kamado, Natsuki Hanae, Aniplex producer Yuma-Takahashi, and Japanese singer Aimer are all scheduled to participate as special guests. On January 8th, Ticketmaster will begin selling tickets for this event.

You probably won’t get to meet the Demon Slayer creators or voice actors in person if your nation isn’t listed on the tour list. Don’t give up, though. In February 2023, the same episodes will be theatrically confirmed in over 80 nations and areas, according to the release’s creators. However, neither a country list nor an official release date have been announced.

Ufotable will continue to animate the series as a result of the positive reviews and popularity of the first two seasons as well as the Demon Slayer Mugen Train movie. While a complete trailer for Demon Slayer top season-3 is not yet available, you can still appreciate the violent animation in the advertising reel or teaser below. 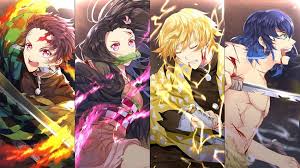 The Season 3 teaser trailer is only 30 seconds long and begins at the 50-second marks in the video below. It depicts Tanjiro, the main character, with the Love Hashira and Mist Hashira leaving on a new mission to the Swordsmith village. Then, all we see is a fight breaking out in the village. You may see for yourself here:

Plot for Season 3 of Demon Slayer

Warning: There are significant Demon Slayer season 2 spoilers in this section. Therefore, if you haven’t watched the anime yet, stay away from it.

In Demon Slayer season 2, our heroes head into the entertainment area where Tengen’s agents have vanished along with Tengen Uzui, the sound Hashira. They quickly learn that a demon is covertly residing there, ruling the entire neighbourhood, and using the locals as puppets. This begins a string of action and detective plotlines that propel the series into entirely new realms.

Our heroes battle the demon siblings Daki and Gyotaro as Season 2 comes to a close. Due to their outstanding coordination and erratic movements, they turn to be an insurmountable foe. However, the demon slayers turn to prevail without suffering any severe consequences or harm. But this triumph isn’t your typical one. Daki was an Upper Moon Demon who was in close contact with Muzan Kibutsuji, Demon Slayer’s major foe. Therefore, there could be some severe repercussions in this area.

On the other hand, this season also revealed it known that Kagaya Ubuyashiki, the head of the Demon Slayer Association, is currently bedridden. Furthermore, not all Hashiras are as excited about the turn of events as others. Even Kyojuro Rengoku’s passing, caused by the fire Hashira, is still raw. As a defeat, it may be said that the DSA has successfully defeated an Upper Moon demon, though not at its peak right now.

The Swordsmith Villages arc of the manga, which occurs immediately after the top events of the Entertainment District arc, which Season 2’s focus was on, will be the place of Demon Slayer’s third season. Manga volume 12, which according to Viz Media is the following, will open with the anime’s third season’s debut: 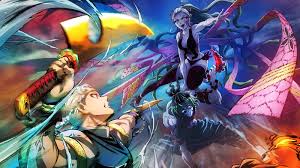 Muzan Kibutsuji’s Twelve Kizuki’s upper ranks are not entirely filled for the first time in more than a century. Muzan sends the survivors on a new mission in a fit of rage. In another location, Tanjiro travels to a village of swordsmiths and is required to explain to Haganezuka, the smith who made his sword, how it came to be so severely wounded. Enemies close in while Tanjiro waits for his sword to be fixed.

With Tanjiro visiting the village of the swordsmith to have his sword fixed, the third season of Demon Slayer will open. The Demon Slayer Association guards the location of this village’s location very well because the swords are its most prized possession. Without it, the demon slayers are unable to defeat their Nichirin blades, the only effective means of taking down demons. Unfortunately, other demons learn where the village is while Tanjiro is there and begin a full-location attack on it.

The troop of demons includes two Upper Moons, Hantengu and Gyokko, which only makes matters worse. Although Tanjiro has the backing of Muichiro Tokito, the Mist Hashira, these two demons have comes to destroy the village, and they may not be strong enough to win this fight. Particularly when they also need to defend a whole village that is important to the survival of the demon slayers.

One of the demons is also capable of self-replication and instantaneous healing. The demon slayers are therefore not only outnumbered but also outpowered. What will fight in this battle? We are eager to learn for ourselves.

How many episodes will there be in Season 3 of Demon Slayer?

The whole Swordsmith Village arc, which has 25 chapters in the Demon Slayer manga, is anticipated to be covered in Season 3. In line with the Entertainment District Arc (also known as season 2), which contains 11 episodes, the anime adaptation should have about 11 to 12 total episodes.

Natsuki Hanae is Tanjiro, Hiro Shimono is Zenitsu, and Yoshitsugu Matsuoka is Inosuke.

How to watch season three of Demon Slayer

Demon Slayer season 3 will be accessible on the same platforms as previous seasons unless new contracts are finished around the time of the forthcoming season. The release date could change, though. As a result, you can expect watching the upcoming season of Demon Slayer on: Funimation, Crunchyroll, Netflix, Hulu, and DisneyPlus.

The latest anime episodes are typically released on Funimation and Crunchyroll first among these. Although Netflix would be the most secure and quick substitute if neither of them are accessible in your area.

When Is the Demon Slayer Anime Going to End?

The Swordsmith Village is the ninth of the series’ 11 arcs in the Demon Slayer manga. So far, just the following two storylines remain:

Even though it’s very likely that the remaining Demon Slayer arcs can be wrapped up in just two seasons, we think there will be more. And the reason for that is the enormous amount of money that Demon Slayer the Movie: Mugen Train brought in on a global scale. We don’t think the creators of the animes will be able to let go of the hype so quickly. Therefore, even though the story will likely end with the manga, its conclusion might be made into a movie. But that is just our conjecture. Until the conclusion of season 3, there will be no confirmation of the same.

Demon Slayer season 3’s release date is finally known, however it is still some months away. Therefore, you may utilise this time to either catch up on your anime watching or to try something new, like Chainsaw Man. Similar to Demon Slayer, CSM’s plot revolves around a fight between humans and devils. However, in this place, some devils, like Pochita, even work with humans to provide them extraordinary abilities. However, if you’re looking for something new to watch, an anime like Black Clover would be a better option. After that, which Hashira or demon in Demon Slayer season 3 are you most looking forward to seeing? Tell us in the remarks section below!

6 IT Security Risks Hospitals Face: A Primer for Healthcare Professionals

In Window’s 11/10, how do I download and reinstall Realtek HD Audio Manager?