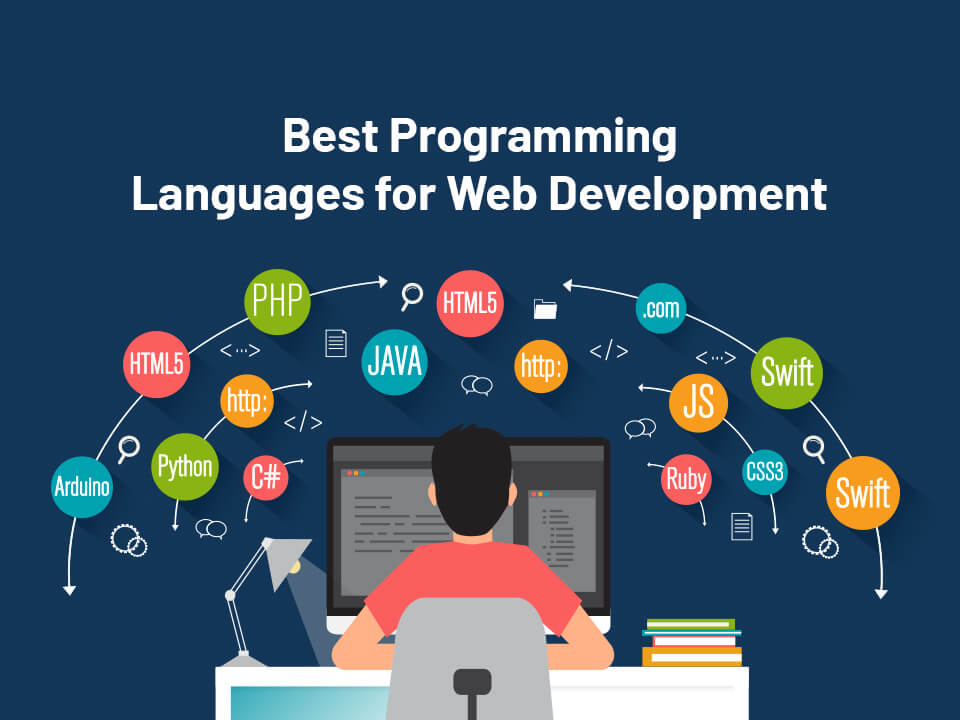 Video games are made by programmers with considerable knowledge and experience. The price tag might be in the hundreds of millions. It’s a very creative endeavour that also calls for technical know-how. They require programming languages that can accommodate their specific requirements.

It goes through a number of steps, beginning with the creation of the game’s prototype and ending with the testing stage prior to release. The fundamental language of the game is chosen first, as this is essential to the game’s success.

To create standalone applications like video games, a programming paradigm known as “game programming” can be employed.

Before you can refer to yourself as a game programmer, you need to be an expert in an specific programming language used in software engineering and computer science as well as have specialised knowledge in disciplines like simulation, computer graphics, artificial intelligence, physics, audio programming, and input.

What objectives do programming languages aim to achieve?

A programming language’s function is to facilitate the creation of computer programmes that tell a computer how to perform specific computations or how to transfer control between external devices (such as a printer, a robot, or any peripheral).

10 Best Programming Languages in the World:

The top ten programming languages for generating video games are discussed in this interesting study. 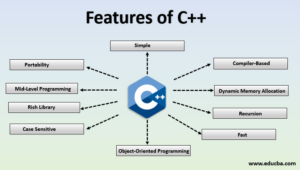 This individual comes to mind as one of the best when talking about the best programming language for video games. Its popularity is due to both its improvements that favoured object orientation and its near resemblance to the C language, upon which it was initially constructed.

C++, which has been standardised by ISO since 1985, is a free-form, cross-platform, statically typed, and object-oriented programming language.

C++ has become one of the most well-liked programming languages, especially for operating systems, because it can be used to create both low-level and high-level programmes. Due to its diverse purpose, programmers are free to create any type of application they like.

You may create games with C++ for a variety of platforms, including Windows, Mac, Linux, Android, and iOS. For that, you’ll need a game engine, and C++ offers lots of them. This means that a large number of 2D and 3D gaming engines use this language. C++ is used by both Godot and Unreal Engine as their scripting language, for example. Although the Unity game engine includes C# as a feature, C++ is also employed. Additionally, C++ is now used by a number of gaming APIs for game development.

A variety of activities are made easier for programmers by libraries for C++ game development. An easy-to-use C++ library with an integrated audio engine and graphics pipeline is SFML, for example. OpenGL, which can be integrated with SFML, focuses on the 3D branch. 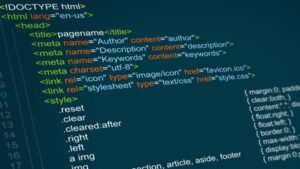 Java, which was developed as an OOP language for computer programming in general, is used in game development. Java is used to create an large number of PC games, mobile games, and applications. It is one of the most widely used programming languages for Android mobile devices. It is ideal for server building and successfully uses modern technology. Designing multiplayer games may be made simple by improving game performance. 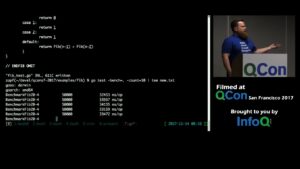 Go is the next language you should consider learning if you want to develop a new programming skill. This technology was utilised by Google in 2007 and was used to create web applications and APIs. Go’s development hasn’t been as rapid as that of the languages discussed above, but demand for its skills is still very high.

It is an general-purpose programming language that is simple to learn, has a clear syntax, and makes it straightforward to create software that is dependable and efficient.

The second-most popular backend programming language at the moment, it also happens to be one of the technologies with the highest wages. This means thats if you learn this programming language, it won’t be difficult for you to find a job that pays well. According to the site, the typical Stack Overflow employee earns around $76k annually.

Like Python, Go is used to create artificial intelligence-based systems, therefore its popularity is expected to rise. 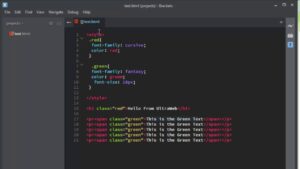 The creation of style sheets that specify how a document is presented in a markup language like HTML is possible using the Cascading Style Sheets language. CSS is one of the founding technologies of the World Wide Web, along with HTML and JavaScript. Your ability to control how your site is presented is substantially improved with CSS3, the newest generation of cascading stylesheets. It makes an lot of sense that HTML5 and CSS3 collaborate to create the final rendered page. Similar to how JavaScript files are in charge of templating and dynamic components, respectively, CSS is only in charge of style. 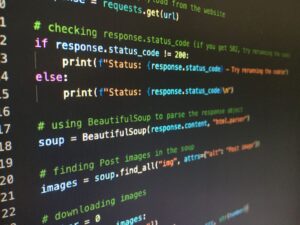 Python is one of the top most widely used programming languages today and is simple for novices to learn because of its simplicity. It is an free, open-source programming language with lots of community development and support modules, simple online service integration, user-friendly data structures, and desktop apps with a graphical user interface. It is a popular programming language for deep learning and machine learning applications.

Python is used to create 2D and 3D animation tools such as Blender, Inkscape, and Autodesk. It has been used to create well-known video games including Toontown, Vegas Trike, and Civilization IV. Popular websites like YouTube, Quora, Pinterest, and Instagram as well as scientific and computational tools like FreeCAD and Abacus all use the Python programming language. The typical yearly wage for Python developers is about $109,092. 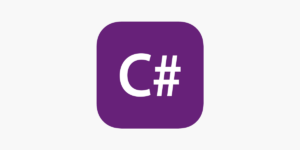 With this multi-paradigm programming language, you may create both component- and object-oriented code. It was developed with the.NET framework in mind. The video game industry took notice of C# because of its scalability and relative efficiency. C# was chosen as the default programming language for the Unity game engine as a result.

The memory management function of Cautomated # allows game developers to focus on other areas of the game. The type-safe aspect of the language enables better security and less erratic game behaviour. It is the most popular game development platform and is cross-platform compatible on Windows PCs. 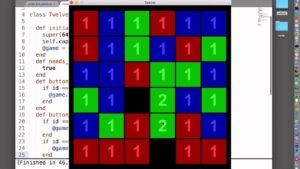 Ruby is an interpreted, fully object-oriented programming language. It was developed in the 1990s and is usually seen to be simple to learn. Due to its simple syntax, it is commonly used for scripting, text processing, and the development of new applications.

A significant benefit is the abundance of web frameworks and applications developed in this language, including the well-known Ruby on Rails.

Ruby is a dependable and well-liked language that is used by Twitch, Shopify, Starbucks, and Tumblr. Additionally, it is the sixth-highest paid programming language globally.

PHP is an open-source programming language thats was developed in 1990. PHP is crucial to many web developers because it’s used to create more than 80% of websites on the Internet, including well-known ones like Facebook and Yahoo.

Programmers primarily use PHP to create server-side programmes. But expert PHP programmers can also use this language to create desktop programmes and command-line scripts.

Learning PHP is regarded as being quite simple for beginning developers. It is simple to acquire assistance and solutions thanks to the availability of several online groups for PHP experts. 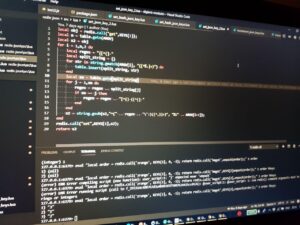 Lua is a powerful, rapid, lightweight, multi-platform language that is very simple to learn and has enough strength to be used for video game creation. Programming languages are supported by Lua, which is a powerful variety. Numerous game engines, such as CryEngine, Gideros mobile, and Corona SDK, enable it, and it is adaptable and simple to add into the game.

Popular video games that employ Lua include Conan, American Girl, Angry Birds, and Aquaria. Pingle Studio uses Lua to create gameplay and game endings in Undungeon, one of our favourite Unity projects. Lua has a small user base and is infrequently used as a stand-alone option for game creation, despite its extensive capabilities. 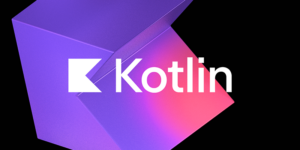 The JVM family includes the programming language Kotlin. It is unambiguous, easy to follow, and simple to read. It has a safe and intelligent compiler and can run on a variety of systems. After Google announced Kotlin as their new preferred language for Android apps in 2019, this programming language gained popularity. Being aware that Google apps are Kotlin-based is crucial. If you’re interested in working in the Android app development sector in 2022, learning up Kotlin might be the best course of action.

Although it has a smaller developer community than Java, it is much more well-liked and pays much more than Java. Nearly 62 percent of programmers said they enjoy this language.

The best programming language for games will depend much on the game development platform you select. Whether you wants to use Unity or Unreal or build Android or iOS apps, you must pick a language that is suited for your goals.

However, if all you’re interested in learning is a practical, all-purpose language that’s also used for game development, you can’t go wrong with C#, Python, Java, or JavaScript. Whether you’re creating games for desktop PCs or mobile devices, these languages are adaptable enough to work.

How to receive of Peacock free trial TV’s premium service

Top 20 Salesforce Alternatives and Competitors in 2022